Rather than a review, this week I get to do a first for me, a preview. Author and fellow SFF Chronicles member Jane O’Reilly has a new book coming out this summer and she’s been kind enough to give me a sneak peek at the cover. 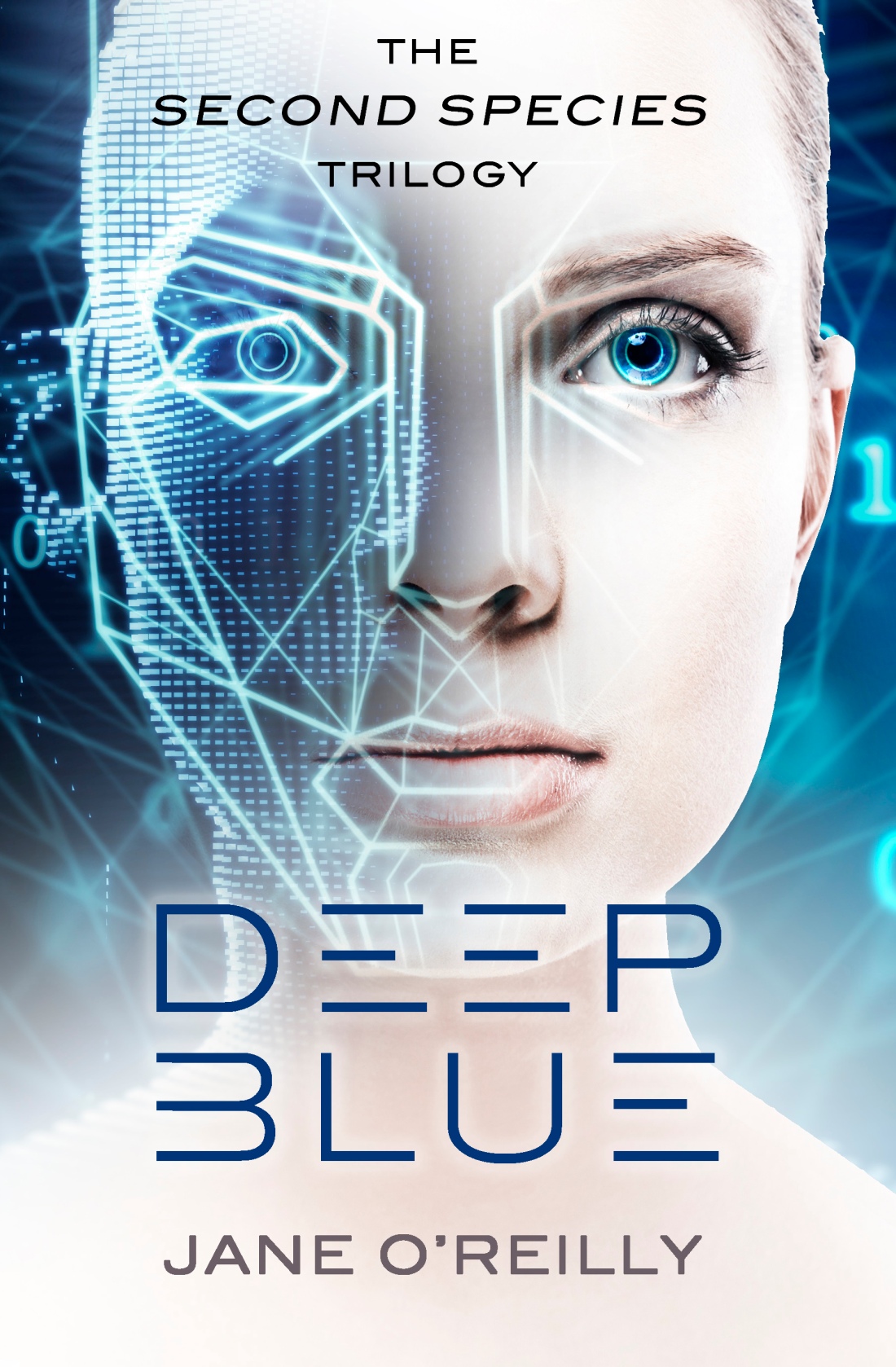 Deep Blue is the second book in Jane’s Second Species series and, if the first book, Blue Shift, is anything to go on, it’ll be full of aliens, space pirates, an evil, government conspiracy, bodice-ripping romance…

Wait, what was that?

Yeah, you heard me. Jane O’Reilly isn’t afraid of throwing everything at a story, even an extra genre or two!

Here is the official trailer for Deep Blue, straight from Jane, herself:

Jinnifer Blue opens her eyes to find herself in a ship that is the source of her darkest nightmares. Her plan to expose the horrific truth behind the government’s secret Second Species programme has failed, and now she’s being turned into a weapon by her worst enemy . . . her mother.

At the other end of the galaxy Caspian Dax, ferocious space pirate and Jinn’s sometime lover, is facing an even more terrifying fate. He’s being forced to fight in the arena on Sittan, a pitiless, ruthless alien landscape where blood is the only prize that matters. They will use him, destroy him, change him.

Jinn has only one chance – to go to Sittan and find Dax before his mind is completely destroyed. She must rely on her friends and one old enemy, leave her beloved ship the Mutant behind, and travel to a hostile planet. But hardest of all, she must keep faith that when she finds Dax, there will be something left of the man she knew.

One thing’s for sure: the fight has only just begun.

The book will be released July 19. Best of luck with the launch, Jane!